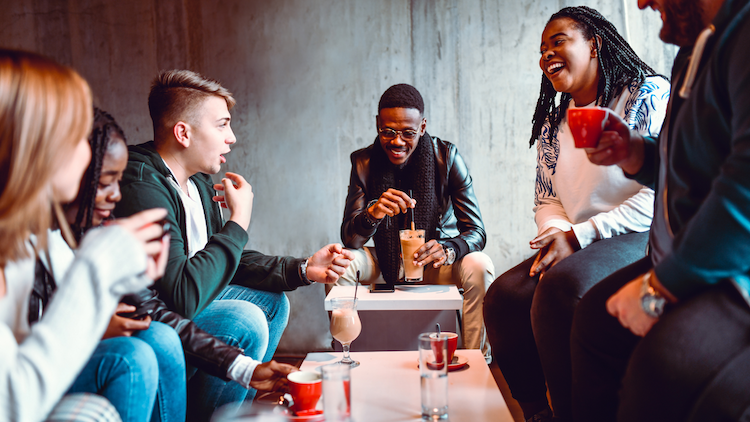 Recently I was asked to consider this question:

Can an organization be cultureless, offering a work environment where workers can simply show up, do the work they are good at, and then leave – without all of the emphasis on culture and the demands that come with it? In essence, are we at the point of having a post-culture work environment?

The short answer is no – because the cultureless company, by definition, still has a culture.  Rather than having one by design, they are accepting one by default.

I believe the underlying question being asked here is if companies are putting too much emphasis on culture instead of work results. It’s certainly possible, especially right now when skilled workers are difficult to find and retaining them is a must. The volume on culture might seem louder than before.

As stated above, every company has its own culture either by design or by default. A company defines its desired culture through its purpose, vision and mission, and how it articulates its values. Initiatives are then developed to support this thinking. Culture begins to stick when it gets baked into the company DNA, modeled by leaders, and cascaded for all employees to see. Some companies, such as Disney and Patagonia, do this particularly well.

But to suggest a company can operate free of culture is misguided. Actions and attitudes ultimately inform the culture. Culture is framed by your written and unwritten rules for behavior.

And if a unified, targeted culture doesn’t exist, something else will always take its place.

Peter Drucker said: The reason a business exists is to create a customer.

With that as our starting point, business prioritization should look this way:

Most people would agree they want a respectful, collegial environment in which to work. But a good culture doesn’t drive companies, it enhances and elevates successful companies to higher levels of employee engagement and overall desirability.

Without a clear focus on the customer, and the unique products/services they want, need, and desire now and in the future, a business puts itself at risk of not being able to provide jobs – and a work culture – for its people. Remember, the goal is to have a sustainable competitive advantage.

Innovation that leads to this competitive advantage is something owners and leadership teams desire, and rightfully so. It is a pragmatic view of the business with the end customer in mind. In contrast, my experience says that too much focus on initiatives that prioritize and benefit the internal team at the expense of the customer leads to lower ROIs. Over time this can harm the business.

So it begs the question – where does culture actually fit in? And how does it get prioritized?

Culture is not a stand-alone issue

I listed customers and people as 1a and 1b, but I didn’t give culture a prioritized number. That’s because it’s not a stand-alone issue. Arguably, culture permeates all aspects of the business.

It factors into hiring practices (and candidate acceptance) that help to build high-performing teams (1b). A values-driven culture can have an impact on brand loyalty as customers align with brands whose cultures and values align with theirs (1a). But culture also plays a part in the structure, systems, and processes of the business and informing how best to operate.

In the last 24 months, many businesses have had to make significant adjustments in the way they operate borne out of necessity. Those business adjustments can impact the way in which people work together and get the job done. Businesses are being put to the test and leaders are figuring out how to navigate business realities and live out the core values that support their culture during these challenging times. But not all things are equal. Agendas change. And new ways of working emerge and need to be learned. Companies with strong cultures are better prepared to adjust and weather these disruptions because of the commitments already in place.

That headline is not meant to be a controversial statement. As I outlined earlier, people drive the culture – from those with the vision to those who hopefully embrace it.

If a work environment comes across as warm and fuzzy, it’s not necessarily a better culture than one that isn’t – it’s just different. It’s subjective. If your culture is strong enough, people who don’t want that kind of environment will seek a company and culture that better aligns with their ideals, working style, and preferences. The same holds true for environments that might seem less personable, more rigid, or even cutthroat.

A business that knows the culture it needs to best support its business model and strategy will foster that culture, making it easier for people to behave in ways that support the chosen strategy.

When leaders and their boards recognize the correlation between well-designed and cultivated cultures that are aligned with their strategy, they make culture a higher priority. Likewise, those who fail to make the connection will find themselves with little, if anything, to lead.