Getting Results vs. Growing People 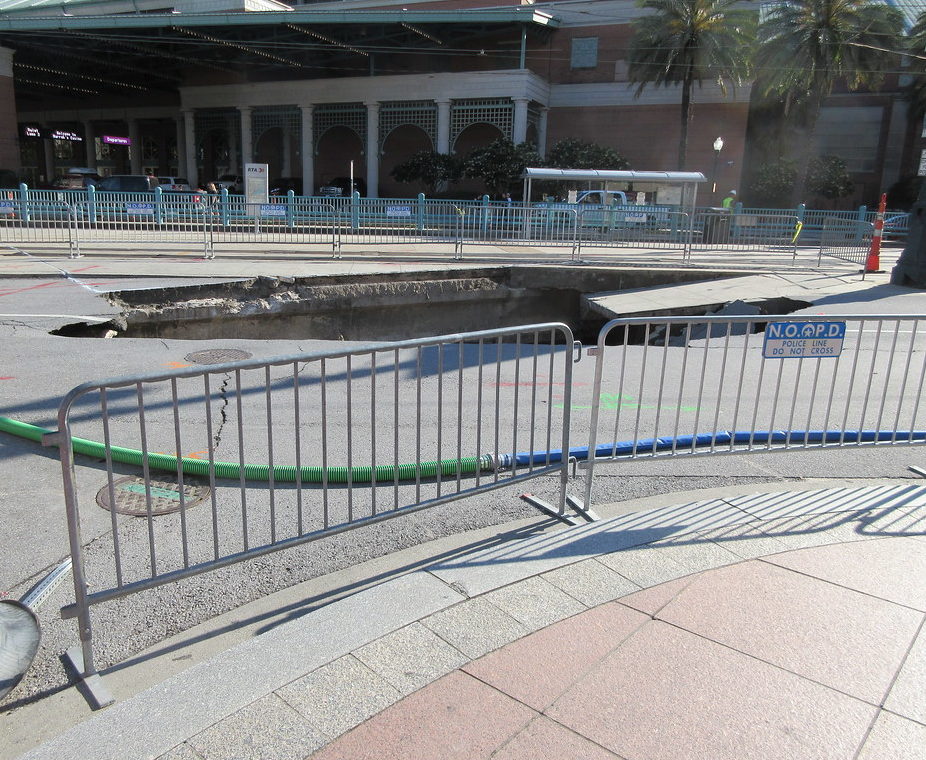 Ask CEOs, Managing Directors or owners which is most important, producing results or growing people, and many will tell you “growing people” because they know they should make this a priority.

But when we watch these executives in action, their behavior often tells a different story, especially if that CEO runs a publicly traded company (generally speaking, the bigger the company, the more they focus on results). Quarterly earnings matter to Wall Street, and therefore results matter disproportionately to most CEOs. But trying to squeeze results quarter after quarter without the intentional work of growing people is a recipe for disaster—and it leads to a Gap Trap sinkhole.

Sinkholes—as we recognize them—are sudden collapses of infrastructure exposing a deep and glaring hole where moments ago everything seemed normal (we’ve all seen a news report of a crumbling city street that engulfs vehicles). It’s actually a good analogy for what we see in large companies when it comes to the effective management and development of people: everything is fine until it isn’t.

A Gap Trap sinkhole works like this: company leadership that doesn’t see the benefit or long-term payoff of developing people when it can (and must) get results now systematically erode its talent infrastructure. The company continues to lean on managers to get results no matter the cost, believing that what got us here must get us there. You’ve heard it said: We need to do more, faster, better with less.

WHAT WE MEAN BY “GROWING PEOPLE”

To grow people ultimately means to make the business more sustainable. However, many managers think of “growing people” as preparing them for more responsibility and authority, and advancing to higher levels within the organizational structure. My experience suggests that’s a limited and flawed strategy and greatly increases the Gap Trap approach as a means to achieve results. If a manager has 10 people reporting to her, only one or two will “advance” in the short term, even if others aspire to or believe they are ready to advance. While everyone wants more money, keep in mind that many people are content in their role, don’t desire more responsibility, or don’t aspire to lead people. Yet these people still need to grow.

Instead, I would advise every manager at every level to think about growing people as improving their productivity.

You have successfully grown your team when next year every direct report can produce 3-5% more results using the same amount of time and resources as they did this year. Getting there is an improvement in skill—the ability to perform their work at a higher level of competence—versus a demand for more time or effort.

Peter Drucker believed that every company has to improve its productivity annually by 3-5% to offset the similar amount of increase in fixed costs companies have to accept annually. Mathematically the increasing cost of doing business coupled with cost of living raises requires that performance improve if companies want to stay in the black.

Most companies don’t make this harsh reality known to their people. As a result, when a VP for a business unit learns they are behind plan they almost always default to doing whatever is needed to hit their numbers. Managers dump and drop work, and find themselves doing (three of the cardinal sins for a manager) more than they should. When they get back on track, they’ve falsely reset expectations with their boss on their team’s ability to do their jobs. I say falsely because the team didn’t produce the expected results. It was the team plus their manager’s extra work and effort, doing work that should have been done by her people had she spent more time improving their productivity. This makes both managers and upper management culpable for Gap Trap sinkholes.

THE ANSWER IS BALANCE

If you look at the pedigree of many managers, when they were individual contributors they succeeded in part from sheer effort, which is a wonderful characteristic. So it’s not surprising that when they become managers and the results expected aren’t being achieved their Pavlovian response is to do the work their team hasn’t done. Great managers avoid this trap by striking the right balance between producing results and growing people.

Is it hard work to strike this balance? You bet. But that’s the job and requirement for every manager if they aspire to be a true management pro.

“Canal Street Sinkhole” by Infrogmation is licensed under CC BY 2.0