How Are You Keeping Score Right Now? 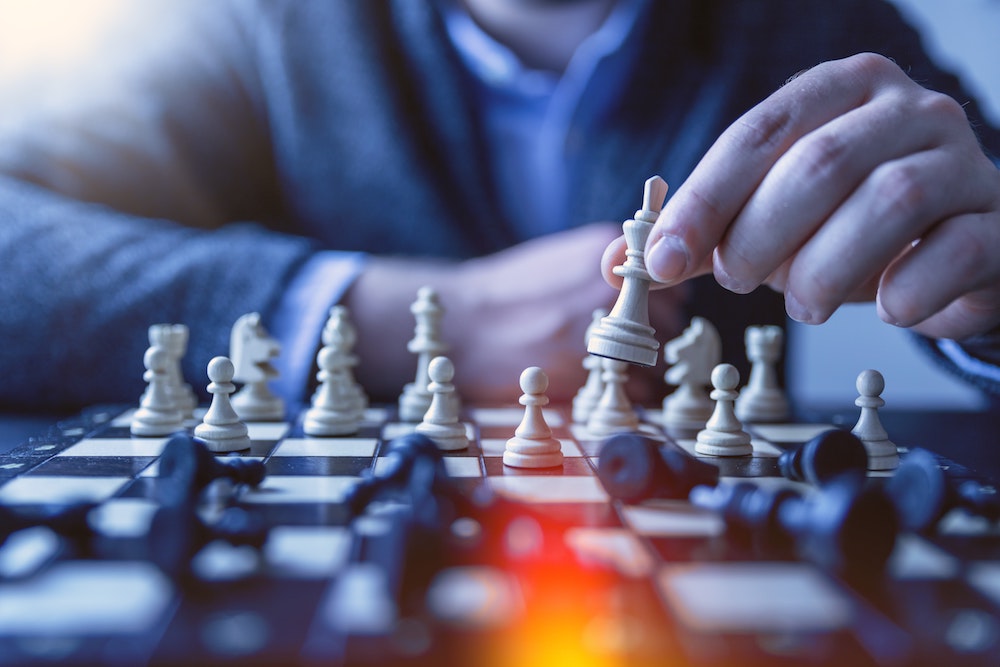 When choosing to engage in competition you quickly learn the rules of the game, abide by them, and use the same metrics to gauge what defines a win or a loss. That, in turn, makes keeping score rather simple.

However, for every business and especially the ones deemed non-essential during this pandemic, the game has changed and the normal scoreboard might not work. Profit and loss statements as well as balance sheets are telling a tragic story of a moment in time. The question is – will it be the defining story, or are there other chapters to be writing right now, perhaps by keeping score differently? I think the answer is the latter.

Under “normal” business conditions, many businesses track progress through metrics on a monthly and quarterly basis. Some businesses evaluate on even shorter timeframes. But every business has its own cadence of keeping score.

When business as usual no longer exists, you must redefine how you measure a win and what is considered progress. As I talk with leaders and see who’s altering their game, I want to share some thoughts on what a win might look like in a time where wins can seem few and far between.

I outlined in a recent post about navigating uncertainty that your company’s cash position will determine your short-term strategies of 30, 60, and 180 days. For many, this will be a game of attrition and the ability to endure until businesses can get back to doing what they do best. The business that is making money in a time of mass furloughs and unprecedented unemployment is the anomaly – and it’s likely a matter of circumstance instead of strategy. This is a critical shift in thinking for the short term when all customers are tightening their belts.

Engaging your team to solve problems…

While employees look to leaders to guide them through this difficult patch, they don’t expect them to have all the answers. Leaders who engage their teams and provide them quantifiable goals to achieve give them a stake in moving forward – both in finding efficiencies and rethinking the work they can be doing.

If each department needs to remove cost to improve operational efficiency, your people will know best what is essential, and what can be altered or eliminated to achieve the goal. Encourage their ingenuity by questioning things that previously went unquestioned: what happens if we temporarily reduce quality? Improve quality? Add or reduce options? Are we willing to produce for less money? What if we shift to cost-effective bulk orders instead of custom orders, at least for the short term? Should we incentivize people right now based on productivity, quality, or speed? What top two ideas can we implement now? Solutions become tangible wins in short timeframes, and employees play a role in adjusting the company response instead of playing the role of victim or just hoping for the best.

Harvard Business Review’s 2010 article titled Roar out of the Recession reminds us that finding efficiencies are necessary and helpful – but not the end-all solution. Research revealed businesses that only cut costs were the least successful coming out of the Great Recession. Companies would be wise to invest time, resources and, if possible, capital into new opportunities and strategic pivots. Tapping the entrepreneurial thinking of your team from their unique vantage point can lead to better ways of doing business.

For example, right now we’re seeing and supporting restaurants that never delivered or provided carryout until now. A tire company is bringing tires to customers in Europe who can’t get to a store. But someone had to bring the idea forward. So it’s wise to ask – what does this shift in the landscape present that you might not otherwise have pursued? What have you needed to do but haven’t moved far enough or fast enough to implement? It’s not just what you make, but also the service you provide and the lengths you’re willing to go to in order to differentiate. Consider what could be temporary and what might become a permanent way of doing things differently, instead of returning to the status quo.

Asking for what seems impossible.

This will sound uncomfortable, but we’re already way out of our comfort zones. If you remember the film Apollo 13, Ed Harris played NASA Flight Director Gene Kranz who was responsible for getting three astronauts home safely after an on-board explosion – with fleeting electricity, depleting oxygen and a myriad of other challenges. He is credited with the famous lines that thematically drove the film – “We’ve never lost an American in space; we’re sure as hell not going to lose one on my watch. Failure is not an option.”

As a leader your situation may not be as dire. But asking teams to do what seems impossible – and admitting you don’t know how it will turn out but we must try – gives them a reason to believe and band together to attempt an epic effort. The outcome may not be realized as desired, but the effort is likely to move the needle toward progress and can lead to important learnings and shifts in the business while also strengthening your team.

Controlling your own thinking.

Our lives are being played out indoors and online, giving us more time to contemplate what others are doing or not doing. That can lead to analysis paralysis, questioning your own actions, or making moves to follow the herd that cuts against your purpose and values. You know your people, your business, and your industry. Instead of bearing the brunt of “I have to…” responsibilities as a leader, embrace the “I get to…” opportunity in front of you. When you think about it, we have been given a “Get Out of Jail Free” card. We have a chance to take risks and try things we would never otherwise try and demonstrate to all our stakeholders, and most importantly our people, our commitment to finding new and better ways of working our way out of this difficult season.

This is not an exhaustive list, but it’s what I’m seeing and hearing as we blaze this new path. Are you still in the game and playing to win? If so, how are you keeping score right now? I’m curious to hear how you’re finding ways to win.